Cabela’s established itself in Canada in 2007, with a store in Winnipeg, Manitoba, and it’s there they set up their headquarters. Today, with eight stores already in Canada, Cabela’s is set to officially open their Calgary operations on October 15th with more stores on the horizon.

Predominantly a hunting, fishing and camping store retailer, Cabela’s aims to offer customers an outdoor-like experience as soon as they enter the store. From their large replica mountain, wildlife displays, kid friendly indoor archery shooting range, to a fudge shop, and gun library, Cabela even has plans for future educational seminars and demonstrations. This is a store with a little something for everyone with an active lifestyle.

With the store sitting fairly close to the Deerfoot highway, we have been driving past the Cabela’s construction site on our way home for the past 8 months. We have enjoyed watching this store take shape, and recently the mini and I were able to participate in the media launch and get a glimpse of what was inside.

We arrived and our first stop was to try samples of the game sausage, cheese & cracker plates. No stranger to game sausage, I made sure to try a piece of each variety. Every piece was unique with it’s own distinct flavour profile, and was quite delicious. The sausage will be available in time for Christmas shopping and I already know who I’m getting some for!

Next mini wanted to check out the Indoor Archery Range so off we went to see what all the excitement was about. She’s never tried anything like this before and surprised everyone when on her second shot she missed the bullseye by a few centimeters! The girl is hooked and was already eyeballing a bow & arrow for Christmas.

We decided to circle the perimeter of the store to ensure we didn’t miss anything since we had already cut across the store to get to the Archery Range. We observed the Hunting section complete with a gun library. This in itself is fascinating for those of us who have never owned a gun. Moving along we hesitated at the Fudge Shop. Several flavours of fudge are made here daily and we were given samples to taste test in our goodie bag which totally sealed our fudge loving deal.

I got completely lost in the cooking/foodie section, on purpose of course. Since it was next to the kids toy section, mini and I were equally happy to part and regroup later after each of us had explored our sections. Lots of great items in the cooking department for those who love to cook or are looking for a gift. There were some pretty cool outdoor adventure kids toys to check. I took some pictures of a monster truck Imagination Adventure Set I thought the boy might love. He did when he saw the photos later.

Next stop was the Fly Shop where mini got to practice her casting. She happily talked with the sales associate about fishing with her grandpa and her dad proving this wasn’t her first rodeo. The Bargain Cave and Outdoor Sports Area finished our tour of the store as we checked out some new camping gear and made notes of things we needed for next year.

Cabela’s Calgary officially opens on October 15th and they’ve got quite the weekend-long celebration planned to kick it off featuring giveaways, family activities and more. The newly renovated Winners in the Deerfoot City Mall is also having a Grand Opening Party the same day so you can hit two Grand Openings in one.

Congratulations to Krista who was chosen via random draw as the winner of the Cabela’s Gift Card! Thank you to everyone who entered.

This site uses Akismet to reduce spam. Learn how your comment data is processed.

Looking for a recipe? 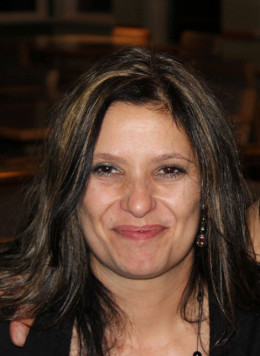 Wanda, named after a German relative, started cooking in the kitchen in the 1970's with her mom. She spent countless hours in the kitchen in the 1990's cooking, testing and developing recipes. In 2006 she started this food and lifestyle blog to capture her recipes and leave a legacy for her kids. She is a mom, wife, communications and marketing professional, social media strategist, food blogger, food columnist and food writer. Currently Wanda works at the University of Calgary during the day and at night she is the Digital Media Editor for a Canadian food magazine. She continues to create recipes, write and blog in her spare time.

One must celebrate #NationalHotChocolayeDay with a

Chocolate Fondue is a lovely way to start or end t

Join me on my adventures both in and out of the kitchen! We travel in search of new experiences, go on adventures both near and far and cook in the kitchen creating new recipes, re-create recipes from previous generations, and seek out crazy food combinations yet sticking true to comfort food and simple recipes.